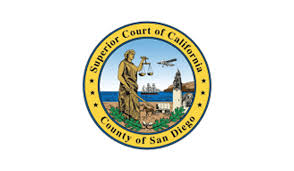 Elder Financial Abuse Case (2018). The firm recently prevailed in a case of Elder Financial Abuse tried in San Diego Superior Court. The case involved an 84 year old victim abused by her distant niece and nephew. The defendant wife and husband discovered the elder aunt had fallen in her home resulting in temporary brain beading and resulting cognitive impairment. The defendants obtained a Durable Power of Attorney for Health Care and and Durable Power of Attorney for Finances. Using both powers of attorney, the defendants proceeded to take care and custody of the elder plaintiff into their home in Bakersfield, California. Once in the custody of the defendants, the San Diego primary residence of plaintiff was sold and the proceeds deposited into a joint bank account with the elder and defendants. Over the course of less than six weeks, the defendants misappropriated approximately $275,000 of sale proceeds for their own use and benefit. Ultimately, concerned family members suspected abuse and removed the abused elder from the care and custody of defendants. Finding the abused elder in the front yard of defendants with little more than her medication and a cashier’s check for $20,000, the family members engaged the firm to file suit to recover the misappropriated assets. The firm, with the aid of a forensic expert witness, was able to trace the misappropriated assets into the personal accounts of the defendants which they used to fund an extraordinary lifestyle. At trial, the defendants, fearing criminal prosecution, asserted their 5th Amendment Rights against self-incrimination and refused to testify. The court found the actions of the defendants in violation of the Power of Attorney Law and Financial Elder Abuse Statutes and awarded all compensatory damages (approximately $275,000) and pursuant to Probate Code Section 859, double damages of approximately $550,000 for a total of approximately $825,000 in damages. In addition, the court awarded costs and attorneys fees to the elder plaintiff.