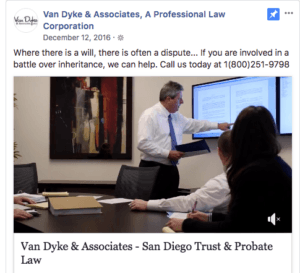 Asserting or Defending Claim Regarding Ownership of Trust Property

Prob Code § 850 is, in effect, a procedure for quieting title to trust property.

A proceeding to challenge title to or possession of real property may be brought under Prob Code § 850 by a trustee or other interested person to reclaim property on behalf of the trust [Prob Code § 850(a)(3)]. It also may be brought by a third party against a trustee to reclaim property incorrectly held in the trust. If a trustee is unwilling to bring such a claim, or it would be futile to seek relief from the trustee, an interested person may bring the action on behalf of the trust [Estate of Myers (2006) 139 CA4th 434, 42 CR3d 753].

In addition, a “Heggstad petition” can be filed under Prob Code § 850 for an order determining that title to real or personal property is held in trust. A Heggstadpetition is proper when the settlor created an inter vivos trust with himself or herself as trustee [see Prob Code § 15200(a)], and intended that specific property was held as a trust asset, but title to the property was never formally transferred to the trust [Estate of Heggstad (1993) 16 CA4th 943, 20 CR2d 433]. However, Prob Code § 850is not limited to Heggstadsituations, and can be used to determine property ownership in circumstances beyond the Heggstadfact pattern, as discussed below[seeProb Code § 850(a)(3)].

Prob Code § 850 proceedings can be used to litigate disputes over property held in joint tenancy, including determinations regarding the termination of the joint tenancy [seeEstate of Gebert (1979) 95 CA3d 370, 157 CR 46].

While no reported authority expressly validates this position, it is arguable that a Prob Code § 850action may be used as an alternative for an unlawful detainer action when a beneficiary is occupying a house belonging to the trust and refuses to move out.

A petition under Prob Code § 850seeking recovery of wrongfully taken property may also include related causes of action for financial abuse, neglect, or physical abuse of an elder or dependent adult under W&I Code § 15600 et seq.[Prob Code § 855].

Although the issue has not yet arisen due to the recent enactment of revocable transfer on death deeds (revocable TOD deed) [seeProb Code § 5614(definition); Stats 2015 ch. 293; see alsoProb Code § 5600 et seq.], it is likely that issues regarding a trust’s ownership of property subject to a revocable TOD deed could arise in a proceeding under Prob Code § 850.

A revocable TOD deed is an instrument by which an owner of real property makes a donative transfer of that property to another person, to take effect on the transferor’s death. During the transferor’s lifetime, the transferor retains full ownership of the property, and the transfer remains revocable [Prob Code § 5614(a)]. Thus, it is similar in some ways to a joint tenancy, and in others to a revocable trust.

In addition, except as otherwise required by law, the prevailing petitioner, in the court’s discretion, may recover reasonable attorney’s fees and costs [Prob Code § 859].